What are some of the awesome foods that lower cholesterol? Naturally, every chemical in our bodies is necessary for its system or metabolism, and cholesterol is no different. The body can naturally produce cholesterol, but it can also be gotten through diet. Since blood is made of water, cholesterol, which has a property similar to that of fat, cannot dissolve in the blood. This is why the designations LDL and HDL are being used; these lipoproteins serve as the carriers of cholesterol. This article will discuss some amazing foods that lower cholesterol. Keep reading.

What we should do to lower the level of cholesterol?

What should we do to reduce the amount of cholesterol in the body so that it can resume doing its primary job instead of leading to significant illnesses? As was already indicated, the body and food can naturally acquire the quantity of cholesterol that is needed. If controlling our bodies is challenging, controlling them via food is considerably simpler. However, you shouldn’t just rely on your diet and never believe that you can stay healthy by only eating items that reduce your cholesterol. You must regularly exercise in order to maintain your body’s weight, form, and blood circulation.

Niacin and soluble fiber are abundant in carrots. Niacin contributes to raising the synthesis of HDL, which may aid in eliminating LDL cholesterol from forming the plaques in the blood vessels, while soluble fiber helps decrease cholesterol by binding the excess cholesterol in the colon.

One of the components in grapes has been shown to have the ability to stimulate specific enzymes involved in controlling blood fat levels, such as cholesterol. Pterostilbene is the name of the substance. Additionally, the same substance can lower triglycerides, which have a similar fat composition to cholesterol and may boost blood sugar levels.

You can now drink a cup of tea as part of your cholesterol-lowering treatment. One of the potent sources of antioxidant known as a flavonoid is tea. Additionally, the flavonoid in tea can relax blood vessels to increase blood circulation in addition to preventing the formation of LDL on artery walls.

With their soluble fiber, potatoes can lower your cholesterol. Learn about cholesterol, fiber, and the dos and don’ts of potato preparation. As you are aware, potatoes have 0.2 g of fat and 0 mg of cholesterol. Only males who consumed more cooked potatoes had higher triglyceride and total cholesterol levels. Foods made from animals include cholesterol. Therefore, potatoes do not contain cholesterol, just like any other fruits or vegetables.

Citrus fruits of all kinds have significant vitamin C content. Despite being the most well-known vitamin, vitamin C has several health advantages for people, one of which is preventing the oxidation of cholesterol. As a result, by consistently ingesting vitamin C, you may manage the amount of cholesterol in your body.

Additionally high in fiber, cabbage may help decrease cholesterol levels. However, there is one thing to keep in mind while cooking cabbage: don’t cook it for too long, and steaming is always preferable to boiling. In addition to keeping the fiber in the cabbage, steaming it will make it simpler for your gut and colon to handle it than if you were to eat it raw.

Soluble fiber, found in oatmeal, lowers your low-density lipoprotein (LDL), or “bad,” cholesterol. Other foods that contain soluble fiber include kidney beans, Brussels sprouts, apples, and pears. The amount of cholesterol absorbed into your system might be decreased by soluble fiber. According to the FDA, 3 grams (g) of oat beta-glucan per day may help lower LDL cholesterol levels.

Consuming meals containing barley dramatically decreased “bad” LDL and non-HDL (total cholesterol minus “good” cholesterol) by 7% each in different research. Two forms of “bad cholesterol” linked to cardiovascular risk were considerably lower in people who consumed barley or dishes containing it. Beta-glucan, a soluble fiber that lowers cholesterol by binding it to bile acids, is the predominant form of fiber present in barley.

Apples are a great source of polyphenols, a kind of antioxidant widely recognized for their ability to lower cholesterol. This molecule aids in stopping the oxidation of LDL, or bad cholesterol, which might result in plaque formation if too much cholesterol builds up in the arterial wall. Additionally, apples are a good source of soluble fiber, which serves the same purpose as insoluble fiber by eliminating extra cholesterol from the colon for a more wholesome and regular digestive tract.

Along with garlic, onions are among the herbs that are frequently used in daily meals and are accessible in the kitchen. Allinase is a substance that may be found in onions and has been shown to have the ability to lower cholesterol levels. You must find it irritating when cutting onions since it makes you sob like a baby; allinase is the cause of this. So embrace it; even if it probably makes you cry, it’s good for your cholesterol.

The primary reason that asparagus is effective at lowering cholesterol is a vitamin B3 molecule called niacin. Niacin helps to boost HDL synthesis while assisting in the removal of LDL cholesterol.

One of the powerful sources of MUFAs, or monounsaturated fatty acids, is avocado. Healthy fats called MUFAs might take the role of meats’ naturally occurring saturated fats. Recent research revealed that MUFAs can increase HDL levels by promoting their synthesis. In addition, avocado contains beta-sitosterol, which may help limit the absorption of cholesterol from the diet.

One of the common natural plants in every kitchen is garlic. Garlic has been shown in recent research to help decrease cholesterol levels. It is a result of garlic’s capacity to stop the buildup of nanoplaque. Nanoplaque is the cholesterol particle that will adhere to the arterial walls before the plaque is formed.

Olive oil is a typical alternative to chocolate, which is a delectable answer. Even if it happens frequently, you shouldn’t discount olive oil’s capacity to decrease cholesterol. Due to the comparatively large amount of MUFAs in olive oil, reduced LDL formation can help lower cholesterol levels when using olive oil as a cooking component.

Due to the substantial quantity of fiber, it contains, eggplant is one of the vegetables that is beneficial for decreasing cholesterol levels. Soluble and insoluble fibers are the two basic kinds. While soluble fiber is able to greatly regulate the level of cholesterol derived from foods by binding the material present in the gut and eliminating them from the body, insoluble fiber has little effect on cholesterol levels while being highly healthy for the body. 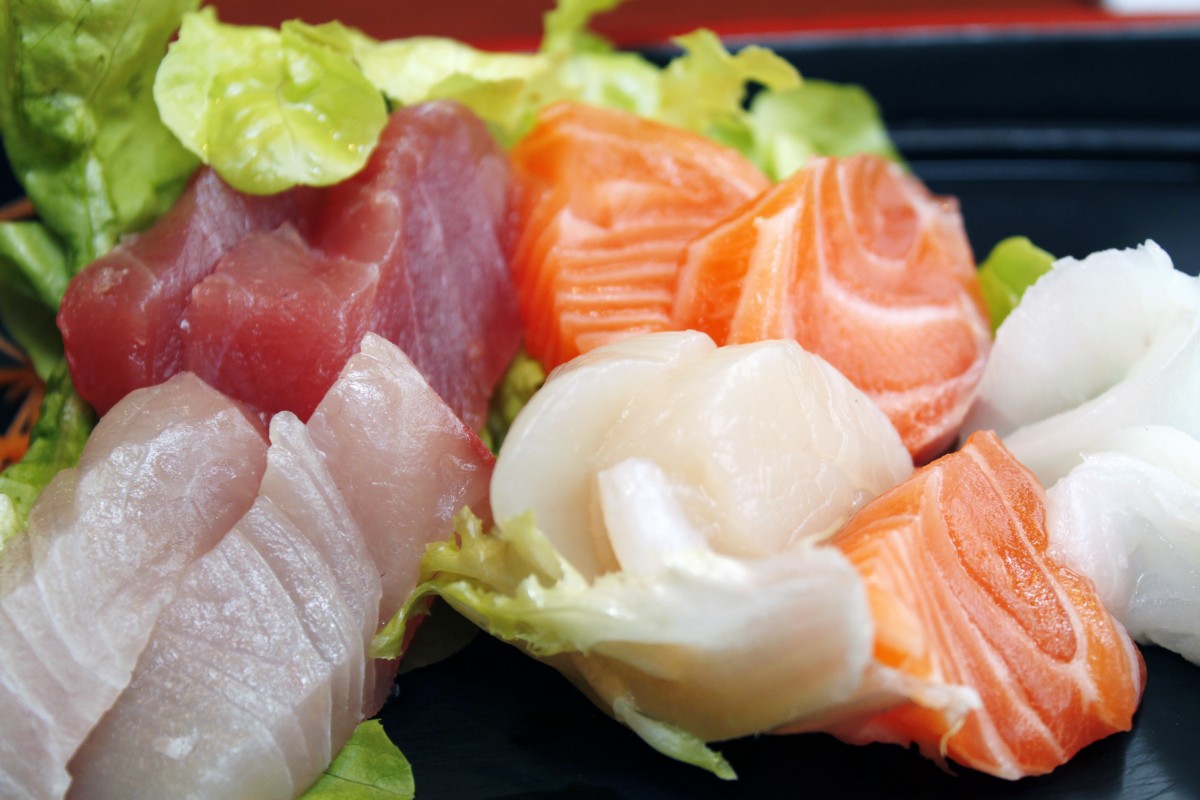 Naturally, tuna is healthy for your heart health because it is high in Omega-3 fatty acids. Making sure you have a greater ratio of HDL is the first step in controlling your cholesterol level since a higher amount of HDL can reduce the level of LDL. Omega-3 fatty acids have a vital role in ensuring that the ratio of HDL to LDL is increased.

In addition to being an antioxidant that gives tomatoes their red color, lycopene is also good for persons with cholesterol conditions by decreasing LDL levels, according to research. Additionally, the soluble fiber included in tomatoes has the capacity to bind and remove extra triglycerides from the colon.

Unbelievably, a delectable meal like chocolate may help decrease cholesterol. It is because of the flavonoid in chocolate that acts as a potent antioxidant by increasing HDL that will prevent plaques brought on by an accumulation of LDL by clogging your arteries.

One thing to keep in mind, though, is that the type of chocolate indicated here is dark chocolate, not chocolate that has already been blended with milk, sugar, or fats.

Almonds are a nutritious snack choice that could be a tasty way to reduce too much cholesterol. Almonds are heavy in calories as well, so mix your diet carefully to ensure that your body’s calorie intake is under control.

Okra is another vegetable that is extremely high in fiber in addition to eggplant. Of course, because it is so high in soluble fiber, okra can also have an impact on cholesterol levels. Excess cholesterol is one of the things that will be eliminated and washed together with the wastes as part of the fiber’s detoxification of the gut from unneeded compounds.

Due to their abundance of nutrients and capacity to fend against several major ailments, figs are among the world’s healthiest foods. The ability to decrease cholesterol is one of the figs’ superpowers as well as a part of the foods that lower cholesterol. It is because of the soluble fiber in figs that they can both boost good cholesterol while lowering bad cholesterol (LDL).

Margarine is sometimes used in place of butter in various nations. The presence of benecol in margarine, however, may help in cholesterol level regulation by avoiding excessive absorption of dietary cholesterol in the intestines before it is controlled by lipoproteins.

Monounsaturated fats, also known as MUFAs, are abundant in cashews and have a significant role in raising HDL levels and reducing LDL levels. In addition, the vitamin E included in cashews and the majority of nuts protects the heart by inhibiting plaque buildup in the blood vessels and cholesterol oxidation.

The ability of sardines to raise HDL cholesterol is widely documented. Additionally, the fatty acid found in sardines is precisely what your heart need.

Because spinach contains a relatively large amount of lutein, this straightforward vegetable is also well known as an effective diet to decrease cholesterol. Lutein adds another layer of defense against LDL buildup in the arteries, preventing arterial blockage.

Although eating too many walnuts might make you gain weight, walnuts are essential for keeping your blood vessels healthy. Therefore, to limit the danger of weight gain and reap the full advantages of walnuts’ ability to lower cholesterol levels, avoid consuming them with other meals that are high in saturated fat.

Red wine is as efficient as grapes themselves at lowering cholesterol levels. Wine is a strong substance that has the potential to lower cholesterol levels owing to the high fiber content in red grapes. One class of antioxidants, polyphenol, is also present in red wine and is helpful in reducing LDL levels. 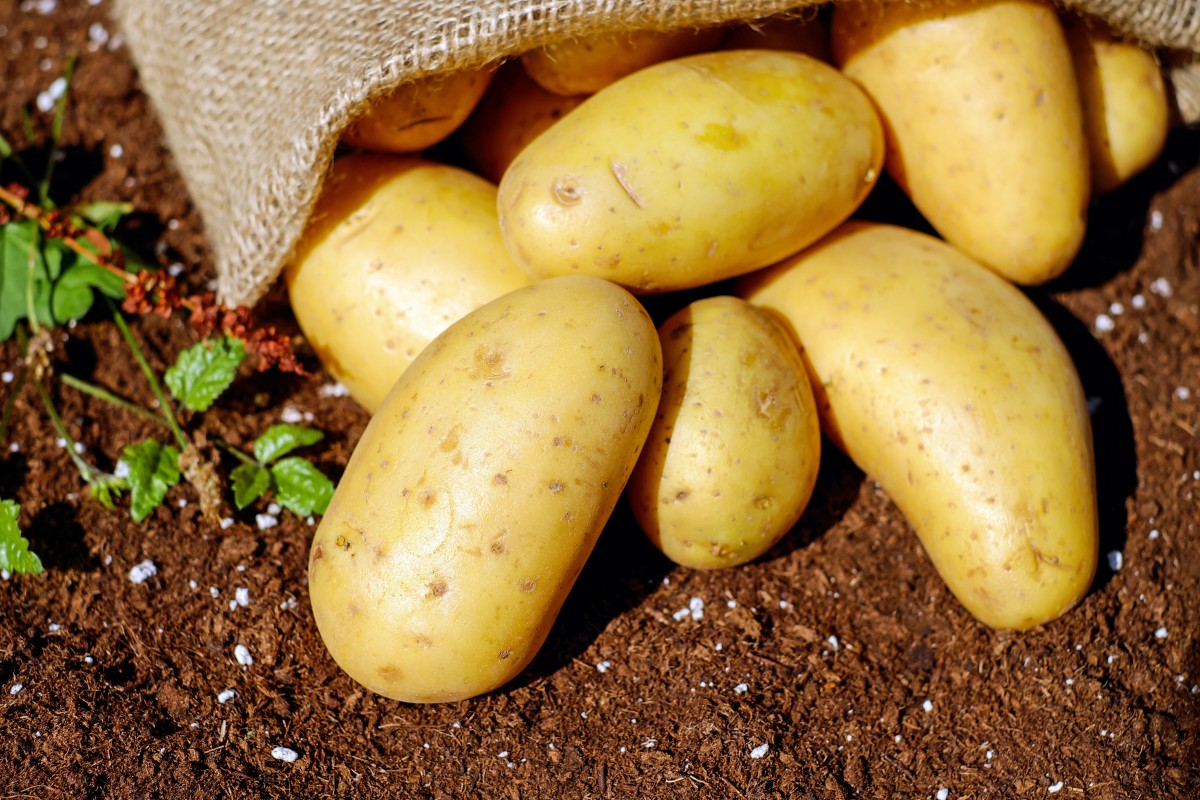 There is a lot of soluble fiber in pinto beans which is one of the foods that lower cholesterol. Gel-like compounds known as soluble fiber have the ability to bind extra cholesterol present in the intestines. In addition, fiber helps prevent overproduction of cholesterol by reducing the rate at which cholesterol from diet is absorbed.

The issue with cholesterol is that it doesn’t show any early warning signs until it’s already too late. Stroke and heart attack are the worst conditions that cholesterol may lead to.

A stroke occurs when the artery that once carried blood and oxygen to the brain is clogged by plaque brought on by too much cholesterol.

When the artery that controls blood flow to the heart is blocked, a heart attack occurs.

Maintaining a healthy lifestyle by abstaining from tobacco use and excessive sleep is also crucial. It will be much simpler to get rid of major medical disorders once you develop your own personal discipline in your life.

It is thus strongly advised to get frequent medical checkups to ensure that your present cholesterol level is under control. To ensure that there won’t be an issue with your cholesterol, you might take this preventative measure by eating foods that lower cholesterol.

What are some of the mentionable health benefits of black grapes? Black grape grapes are only available in the summer in Europe. The cost is […]

What are the notable 13 health benefits of kerson fruit? The fruit is cultivated in tropical and subtropical areas, particularly in Asia and Latin America, […]

What are some of the sea buckthorn berry health benefits? Sea buckthorns are deciduous shrubs that belong to the genus Hippophae in the family Elaeagnaceae. […]

What are some of the tasty red currant berries crucial health benefits? The gooseberry family includes the genus Ribes, which includes the redcurrant or red […]