What are some of the major benefits of drinking camel milk? Since camels were domesticated thousands of years ago, camel milk has nourished pastoral and nomadic societies. When transporting camels over long distances to graze in dry and arid areas, notably in the Middle East and North Africa parts of the world, herders may for a while subsist only on the milk. This article will discuss some amazing benefits of drinking camel milk. Keep reading.

The presence of several vitamins, minerals, and nutrients in camel milk contributes to its many health advantages. Camel milk has a number of health advantages, some of which include enhancing skin health, maintaining bone strength, boosting immunological function, lowering the risk of diabetes, lowering inflammation, preventing osteoporosis, and maintaining dental health.

Because camel milk is milk, it tastes just like milk. It does have a unique flavor that some describe as being somewhat salty but also smooth, energizing, and satisfying. When people consume it for the first time, they are astonished since they are unsure of what to anticipate. However, it frequently turns into something the whole family can enjoy.

Additionally, camel milk includes salt and potassium, both of which have many health advantages. Camel milk also contains nutrients including calcium, iron, magnesium, phosphorus, zinc, and selenium in addition to these.

Osteoporosis is a condition that causes your bone to become weaker and less dense, which is the leading cause of bone fractures in elderly individuals. Foods high in calcium, such as camel milk, aid to enhance bone density and fracture repair.

Camel milk is extremely useful for our general health and aids in the prevention of several forms of cancer due to the high concentration of antioxidant compounds, including vitamins C and A, that are present in it.

Free radicals, which are the primary cause of many malignancies in our bodies, including colon, prostate, breast, and ovarian cancers, are fought off by an antioxidant found in camel milk. As a result, the healthy cells in our bodies are protected from oxidative damage. 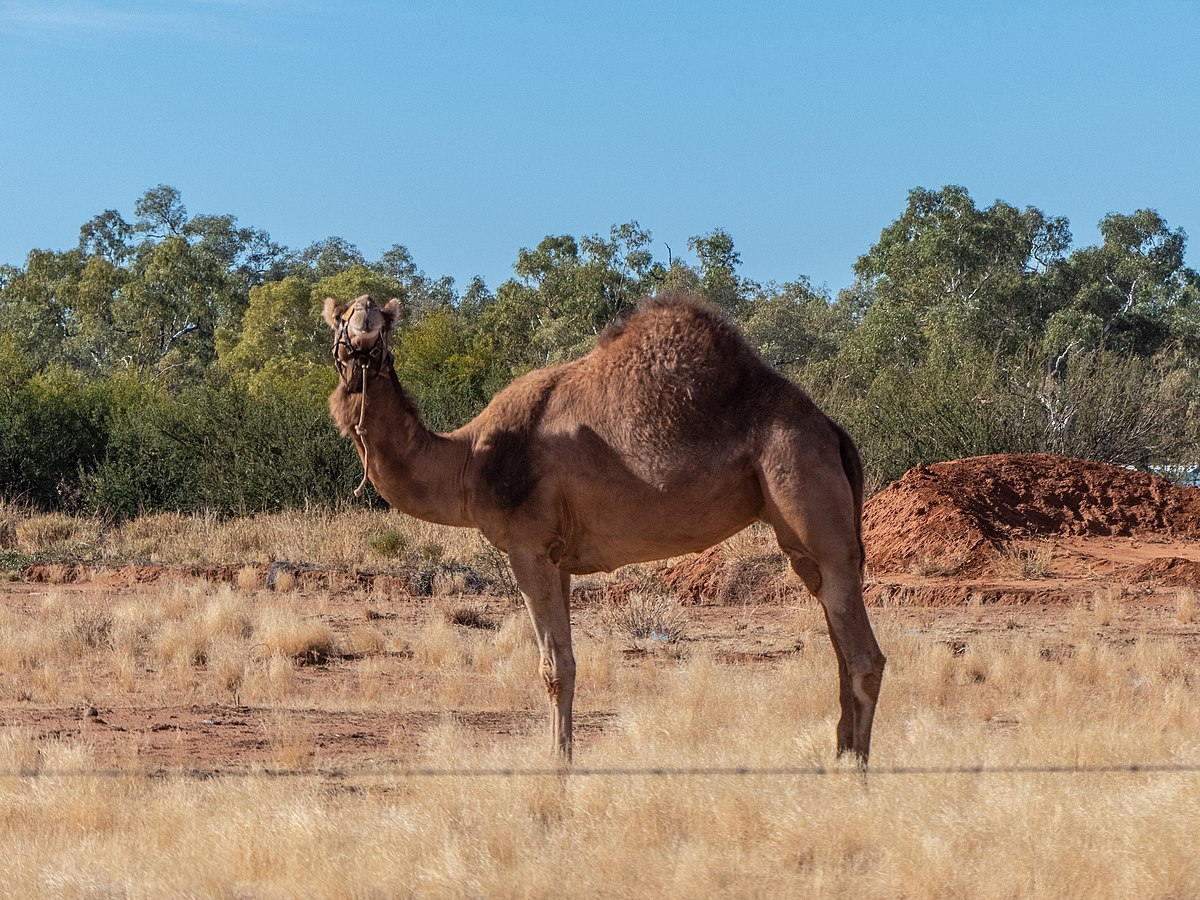 Camel milk has a high concentration of vitamins C, E, and A, which makes it beneficial for the health of our skin. Since free radicals are the primary cause of many different skin-related problems, such as wrinkles, dark spots, symptoms of aging, etc., all of the vitamins mentioned above are powerful antioxidants that guard against oxidative damage to our skin cells.

Proteins found in abundance in camel milk aid in the formation and development of bones and organs. It is provided to children who lack access to wholesome food in many civilizations. It aids in boosting health and fitness. For optimal bone and muscular development, it is advised to consume camel milk on a regular basis.

Camel milk is exceptionally high in vitamin B12, which is great for maintaining the health of our brains and preventing diseases like Alzheimer’s. According to studies, those who regularly consume camel milk have stronger memories and a lower risk of developing Alzheimer’s disease.

Camel milk is extremely rich in calcium, copper, manganese, and phosphorous, all of which are essential for maintaining healthy bones. Numerous studies have demonstrated the benefits of regularly consuming calcium-rich foods like camel milk for improving bone mineralization and preventing different bone-related conditions including osteoporosis. In addition to this, camel milk is high in antioxidants, which work to fend off free radicals and save our bone tissue from oxidative damage.

Anti-inflammatory qualities found in camel milk are highly helpful in reducing pain and swelling. Studies have shown that frequent consumption of camel milk helps lessen a variety of inflammation-related conditions, such as arthritis. This is because camel milk has a large number of minerals and vitamins, which has anti-inflammatory properties.

Camel milk includes a high concentration of antioxidants like vitamin C, which is excellent for our immune system and protects our body from free radicals that can cause oxidative damage to our cells and cause macular degeneration and other cancers.

We are all aware that anemia is a condition caused by a lack of iron in the body. In order to improve our body’s iron levels and lower the danger of anemia, we need to consume foods high in iron, such as camel milk.

Camel milk is extremely high in antibacterial and antiseptic qualities, which is great for preventing several bacterial infections in human bodies. According to studies, drinking camel milk can help protect against a number of bacterial infections, including bronchitis, meningitis, and TB.

Because camel milk contains high quantities of mineral iron, which boosts the production of red blood cells, it helps to improve blood circulation. Increased oxygen delivery to all of your body’s cells, tissues, and essential organs is made possible by improved blood circulation.

12. Aids in the prevention of diabetes

It has been demonstrated in research that drinking camel milk can lower the chance of developing diabetes. Camel milk includes insulin, which is extremely beneficial for preventing diabetes by regulating our body’s glucose levels. It eliminates the requirement for insulin infusions. The risk of diabetes is decreased by including camel milk in the diet.

Camel milk is extremely high in vitamin A, which is excellent for maintaining the health of our eyes. It helps to prevent retinal damage, and its antioxidant properties help to stop free radicals from oxidizing our eye cells, which is the primary cause of macular degeneration and age-related eye problems.

It has been demonstrated in several studies that drinking camel milk can enhance vision and prevent a number of eye-related problems, including cataracts.

Camel milk has a lot of antioxidants, which protect your cells against cellular deterioration that can cause life-threatening illnesses including cancer, diabetes, and heart disease. Additionally, it has a lot of vitamins and minerals, including vitamins A. B vitamin.

It has several advantages, and it is claimed to aid with height gain. Researchers came to the conclusion that camel milk is a great source of calcium, which strengthens bones and ultimately contributes to height growth.

Camel milk may help people with brain disorders including autism, Parkinson’s, and Alzheimer’s, according to research. It aids in enhancing social interaction and repetitive behavior-related behavioral problems.

It has several advantages, and it is claimed to aid with height gain. Researchers came to the conclusion that camel milk is a great source of calcium, which strengthens bones and ultimately contributes to height growth.

Numerous elements that are vital for general health are abundant in camel milk. Camel milk is high in calories, protein, and carbohydrates. Camel milk’s increased calcium content aids in maintaining the ideal calcium level, which is important for women who suffer from it. The capacity of lactoferrin to stop the growth of cancer cells. Camel milk has antiulcer qualities because it is high in magnesium and zinc.

Camel milk is thought to be the most chemically similar to breast milk and might be a helpful addition to nursing. It is better to wait until your kid is 10 to 12 months old before giving them camel milk since it has more protein than your mother’s milk.

According to the data, we’ve gathered from worldwide studies including our milk, the protein composition for newborn formula must be changed. High concentrations of potassium, magnesium, copper, zinc, iron and B vitamins may be found in camel milk.

Camel milk has a lot of antioxidants, which protect your cells against cellular deterioration that can cause life-threatening illnesses including cancer, diabetes, and heart disease. Additionally, it has a lot of vitamins and minerals, including vitamins A. B vitamin.

Depending on where the milk is sourced, there could be some changes in flavor. While Middle Eastern camel milk is reported to have a more nutty and smokey flavor, American camel milk is described as being sweet, somewhat salty, and creamy.

What Are the 18 Benefits of Eating Vegetables Everyday?

What are the benefits of eating vegetables everyday? The majority of us are aware that eating fruits and vegetables is a good habit. However, the […]

What are some of the notable health benefits of eating watercress for a better living? A kind of aquatic flowering plant belonging to the Brassicaceae […]

25 Health Benefits of Carbohydrates in Our Body

What are some of the notable benefits of carbohydrates in our body? A carbohydrate is a biomolecule with the empirical formula Cmn in organic chemistry. […]

What are some of the notable health benefits of black gram dal? A bean produced in South Asia is called Vigna mungo, also known as […]